I created a tutorial series on Basic WordPress Administration.

Partly to try and reduce what I interpreted as reluctance or hesitation by 99% of clients that I set up WordPress sites for. 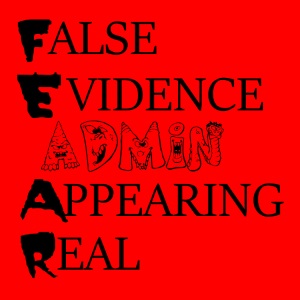 They ranged from small businesses selling products and services to a non profit trade organization.

Training is always included in the core set of deliverables and I finally had the inspiration to produce multi-purpose videos: ensuring this was applicable to anyone who would want to update their own  content.

Thus I discovered, over the course of several dozen takes that the "pause" feature while recording, is my friend.

I also learned one basic lesson of the cutting feature: leave a bit longer duration after a mistake so that cutting the frame can be more accurate. There's a better chance of getting a smoother timing before and after the unwanted segment.

To add to the challenges, when I began the tutorial I had two monitors, one of which admittedly had served well for more than 10 years.

I was able to see notes from the slides on one while the other captured video.  As things will, halfway through the video (take 55), the older monitor decided its time had come at last. So I had to read the script from another device.

I finished the series a little wiser. And not much more hoarse.

Now, I've discovered a way to create videos a lot faster and easier!

It's a product called Content Samurai, brought to you by the makers of Market Samurai
[google it, if you like].

Can you imagine a video created simply by pasting text into the application, and having it build the sequence of images and text overlay automatically, with the option to insert your own images, clips and audio?

I think it's a handy addition to your video production tool set. Just as the ability is useful (some
even might even say necessary) to reboot/log out, launch applications, and have backups
using multiple methods, being able to quickly and easily produce video content complements all
other means of boosting internet presence and ranking.

There's a 7 day free trial available, and when you break down the daily cost compared to potential
return, I think you'll find it can pay for itself!

[It's very easy to cancel the subscription online and the honorable Nobel Samurai support is very responsive!]

[Note: I am an affiliate for Content Samurai and will receive compensation for subscriptions]

You can find out more about which cookies we are using or switch them off in settings.

This website uses cookies so that we can provide you with the best user experience possible. Cookie information is stored in your browser and performs functions such as recognising you when you return to our website and helping our team to understand which sections of the website you find most interesting and useful.

Strictly Necessary Cookie should be enabled at all times so that we can save your preferences for cookie settings.

If you disable this cookie, we will not be able to save your preferences. This means that every time you visit this website you will need to enable or disable cookies again.